2018 is done and dusted and I've spent some time over the last couple of weeks pondering things that I want to achieve in 2019.

I turn 40 in May and I want to have shed the spare tyre I've been building up on my waistline. I'm cutting down on my caloric intake and getting back into the habit of intermittent fasting, aiming for two days a week where I don't eat for 36 hours.

I also need to improve my general fitness, so I'm going to get back into the habit of doing the 7 minute workout 5 days a week, and swimming 500m+ once a week.

We have a few home improvement style projects around the house:

The most crucial one is dealing with the increase of ground water that has been seeping down the hill and onto our property. We've already dug 3 trenches to install ag pipe and drainage pits that have improved the situation somewhat, and yesterday I planted 4 Man Ferns which I hope drink up a portion of the water. I think we'll need to dig in another couple of runs of ag pipe.

We've got a plan to set up an outdoor dining area in the backyard, including a pizza / bread oven and table. Much of the effort has already been completed, but there is another big push required to get it completed.

Under the house needs a better flooring solution, including a ramp to make getting the lawn mower in and out easier. I also want to improve the storage system and work bench space.

Had a spare moment to myself today and was trying to recall some tid bit and realised that the easiest place to dig it up was actually on my own site; fuzzyslogic.com — imagine my shock when I loaded the page to find that the latest content was from 4 months ago...

The whole point of the system I'd rigged up is that the site would magically contain all the content I'd posted on my other sites, added to my favourites on many other sites, or added to my "snippets" collection.... something which I just sort of continuously do.

A quick bit of troubleshooting later, it turns out that my exception handling for when one of these sources dies wasn't great. Soundcloud appears to have changed something and broken the way I was collecting favourited tracks and it was crashing the site updater. As I don't actually use Soundcloud to find new music any more, I've killed off the collector. Though, not before fixing my exception handling so that if another source has issues in the future it won't bring the whole show to an end.

Not that anyone cares, I'm pretty sure no one actually visits fuzzyslogic.com except for search engine bots.... right?

Oh, and me when my memory of where I saw something on the net fails.

As a side note, I no longer use Soundcloud because Drew tricked me into signing up for a 90 day free trial of Google Music and I found it so excellent that I've actually allowed them to direct debit me to continue using it. I could insert the "Fry shocked" gif again, but I'll spare you.

In other, other news... this is the first time I've "blogged" in nearly 2 years. More "Fry shocked" gif could be used. I sort of miss it as an outlet.... maybe I'll start again. Or maybe not. Come back in a month and check hey?

This post is just a test to see if my new system can ingest content from blogger. More updates once I have edged closer to something worthy of showing the world.

There are only two hard things in Computer Science: cache invalidation, naming things, and off-by-1 errors.

2015 was a pretty big year for myself and my little tribe. We moved back to Australia after living in the US for 3 years, this time settling in Hobart, Tasmania. Another new city (and state) for all of us, but it quickly felt like home. As much as I'll miss being an hours drive from one of the world's best skydiving dropzones, I'm very happy to be back in my home country.

Looking back on 2015 it all seems like a bit of a blur. Beyond the obvious craziness of packing up our lives and moving across the planet, having our little baby grow into a toddler was pretty epic.

Looking forward to 2016 and things are sure to get even more crazy.

Hopefully in the next few hours we'll get confirmation that the final hoops have been cleared in buying a house. We'll be packing everything up again for another move in February, the upside is that should be the last time we'll need to do that any time soon.

Once we're in the new house we'll be making it feel like home and preparing it to handle a family of 4; our second child is due in May. I'm sure the place will feel like a mad house with an infant and a 2.5 year old in it, but I've got the feeling that it'll be wonderful. 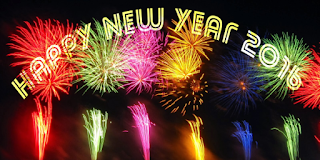 I've kicked fuzzyslogic.com back into some kind of life; essentially hacking together a very simple replacement for the fairly complex system I had in place previously. I actually feel pretty proud of what I've got running as a replacement for the old Yahoo Pipes! version of the backend for the site. At some stage in the near future I'll post a more detailed explanation of it over on my Fuzzy's Projects Blog. 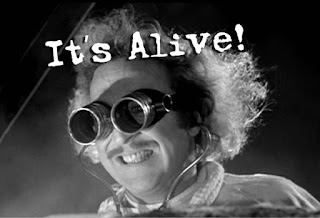 I built the current version of fuzzyslogic.com with the idea that it had to be able to handle the fact that internet services come and go. I made it simple for me to switch from one hosting provider to another and be able to add and remove the collection of content from sites and services as they came and went. These features have worked wonderfully; when I moved to the US I switched from an Australian host to an American one, I've switched from using wordpress to blogger for my blogging service, I've switched from spurl to diigo for online bookmarking.... etc.

However, there was one single point of failure in all this; Yahoo Pipes. It is an amazing system that not many people have heard about, basically it allowed me to feed in a stack of rss feeds, munge them all together and spit out data in a format of my choice.

Now Pipes being shut down.

At the end of August 2015 the back end system for fuzzyslogic.com will stop pulling in new content because Pipes won't be there to do it.

I'm forced to consider what to do. Since I built all of this around Pipes I've learned to love a python library called Beautiful Soup, which I could use to build a custom system to replace what I was using Pipes for.

However, I have to stop and consider the fact that I haven't really been making much use of fuzzyslogic.com anyway. Combine that with the fact that no one else actually visits the site anyway..... then maybe I don't really need to invest any effort in keeping it running.

I could kill off the host all together and shift the domain name over be hosted by my registra or simply point it directly at the fuzzy's logic blogger site. This would be saving me US$5 a month and never having to worry about updating a web server or even monitoring one.

The only other things I've been using the web server host for is running my RSS aggregator which I can replace with another service such as inoreader.com, running an IRC bot in a channel which has recently been replaced by our group using Slack and storing random files (which I can use any number of cloud storage places for).

I've got a little over a month to think about it.... but at this stage I'm leaning towards shutting down the web server.

For more Fuzzy-ism, you should check out my homepage at fuzzyslogic.com. Where you'll find more than just a boring blog.